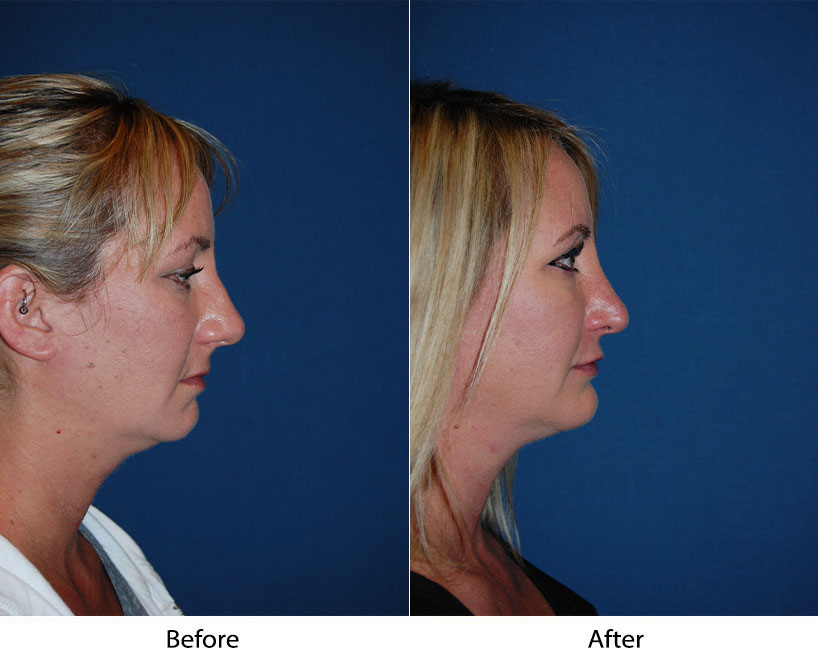 How a rhinoplasty is done

One of the most popular forms of cosmetic surgery is rhinoplasty, or the nose job. If you live in the Charlotte area, are less than satisfied with the way your nose looks and are considering surgery to correct it, it may help to understand the process.

Changing the shape of the nose means changing the shape of the cartilage and bone under the skin. Common reasons for a nose job are to reduce a nasal hump, change the size of the tip of the nose or the direction in which it points, or repair a deviated septum. The septum is the part of the nose which separates the nostrils, and damage to it can lead to the familiar broken nose. The skin on the nose is thin in some places, thicker in others. As a general rule, the thicker the skin, the thinner the cartilage underneath.

To get the most natural-looking result, the incisions of rhinoplasty are usually done inside the nose, where no one can see them. The medical term for this is a closed rhinoplasty. The advantage of it is that any swelling that happens after the surgery will go away quickly. But sometimes an incision is needed in the outside skin. This is called an open rhinoplasty, and the incision is usually performed in the skin between the nostrils, where again it is less likely to be noticed.

After surgery, there tends to be swelling, moderate bruising and sometimes temporary skin numbness. All of these effects go away fairly quickly — the bruising fades within a week to ten days, while the swelling can last for several weeks.

An interesting fact about rhinoplasty is that sometimes the best way to improve the nose is with a chin implant. This gives balance to the face, enhancing the effect of the nose job. About one in five patients seeking rhinoplasty should consider a chin implant.

A good rhinoplasty surgeon can look at your nose inside and out to determine the best way to operate on it. The surgeon can use computer imaging to show various possible outcomes and help you describe precisely how you want your nose to look when the surgery is done. Look for a surgeon with a big gallery of before and after photographs of nose jobs, and one who has a state-of-the-art suite for operations.

Without a doubt, Dr. Sean Freeman at Only Faces is the best rhinoplasty surgeon in Charlotte. He has been certified by two different boards of surgery. Since 1988 he has chosen to concentrate on his speciality — facial plastic surgery, including nose jobs. Many of his patients are people who have already gotten nose jobs from other surgeons and are seeking revision rhinoplasty to improve them. If you live in or near Charlotte and want a nose job, schedule a consultation with Charlottes top rhinoplasty surgeon today.